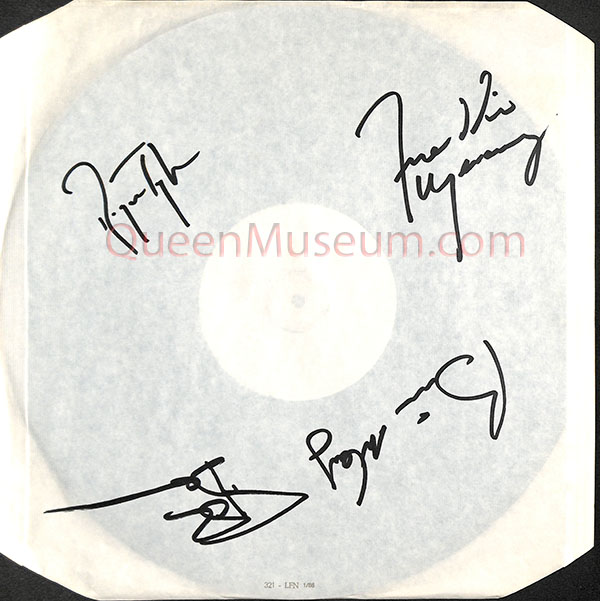 In the Queen History there are few example of official signed memorabilia. The only know commercially available items is the fully signed Complete Works LP box released in 1985, which we’ll be focus it soon.
Here’s one of the few examply of promotional item given out to Record Business men. It’s a fully autographed Test Pressing LP for release of A kind Of Magic in early 1986.
We’re not sure hom many of this were sent out; There should be a couple of dozen pr someone says 30-40 but anyway not too much. The LP itself is a rare piece of vinyl. You know how rare test pressing lp’s are, because they were only given to people involved in the making process of the album, band’s members and only few copies sent for advance promotion.
This signed test pressing was included in a white lp paper band featuring the autographs of Freddie Mercury, Brian May, Roger Taylor and John Deacon. And this a good example on how the band signed in that period, especially Freddie, whose signatures changed a lot during his known career.

The run-off codes for both sides of the lp’s are the following: 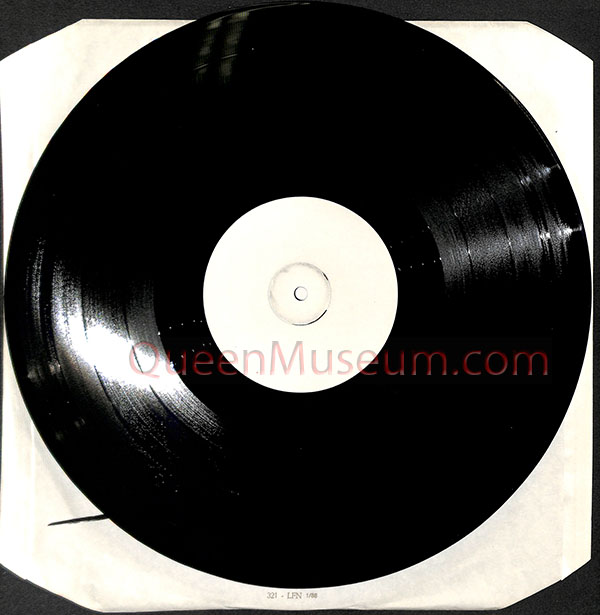 It’s not so easy finding a Test pressing LP and try to fake a white sleeve. Be sure if you come across one of these the at the bottom front of the white paper sleeve you find the following text, as pictured in the photo: