Here’s a long time sought after memorabilia. An original Freddie Mercury Tribute poster autographed by most of the artists who perfomed on april 20th 1992. There are different versions of this poster. Not all the ones I’ve seen have the same signatures on it. I think this depends on “when” they were actually signed. Yes, because some of them togheter with other memorabilia were autographed by the artists during reharsals made days before the event. Many posters were auctioned for collecting money for the Mercury Phoenix Trust. 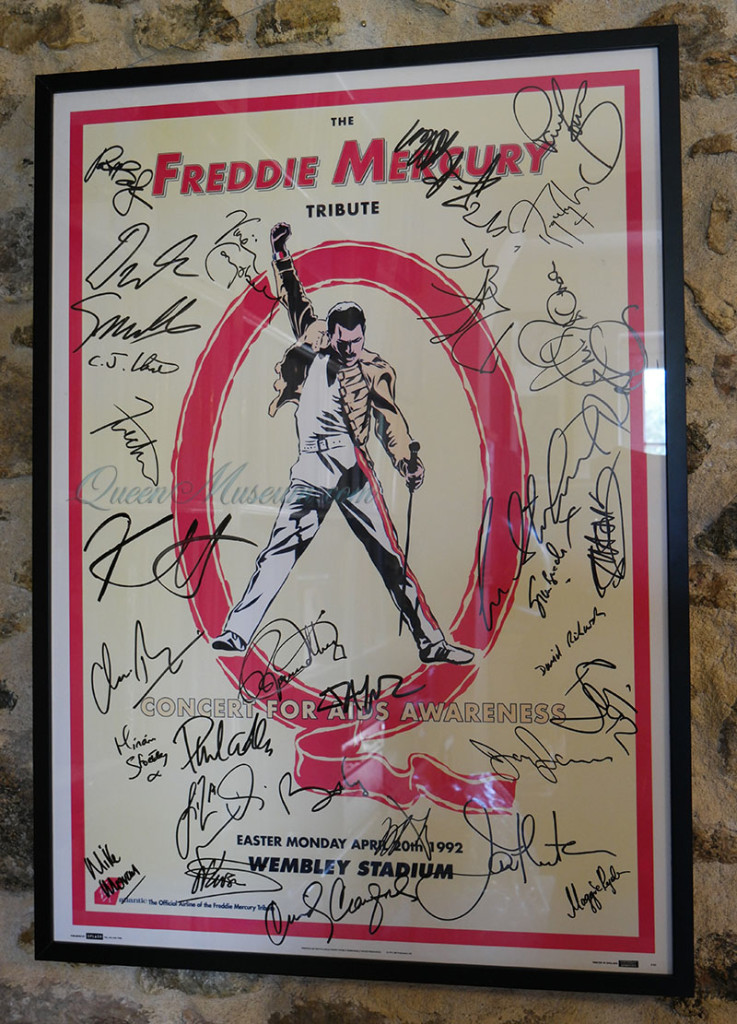 The one you see in the photo was certainly signed some days before.  Provenance is from a former Atlantic Virgin Airlines manager who helped artists, especially from USA, to travel and get accomodation in UK at the time of the Tribute event.

The poster was given to him, framed, in the after-party, same night of the event, so this is why I’m sure it was signed before. Another interesting aspect is that I decided to change glass and get an UV-filtered one to protect signatures, and I discovered that it was not actually a paper poster as others I’ve seen in the past, but it’s on thick card!

One of the things I always wanted to do was to detect all the signatures which are on the poster. With the help of my friend and great Queen collector, Giancarlo Calò, here’s our results.

If there is some Rock autograph enthusiastic out there and want to double check the autographs,  is very welcomed!