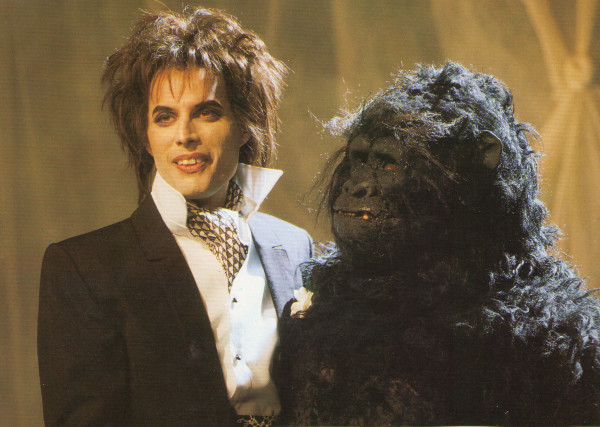 This information is not really in it’s final form, I’ve decided to upload again and it will be updated frequently. Comments and contributions are very welcomed.

This discography is intended to contain information useful for collectors, mainly about Queen vinyl releases worldwide.

The text of this page is originally from Andy Young’s site on line in the 90’s; I have updated with informations about details of new discoveries during the past 20 years.

Released in all countries (promo CD only in USA, without Bijou)12″ in Europe and CD5 in Japan and Europe with explosive version and “Under Pressure”.12″ picture disc released in UK (both stages of test pressing [clear and plain] are known to exist).UK promo 12″ with picture label and die-cut sleeve released.Standard sleeve in all countries

Released in some countriesShaped picture disc released in UK (uncut versions exist, clear and plain test pressings probably do as well)12″ and CD5 in Europe with “Lost Opportunity”Standard sleeve in all countries

Different sleeve in USA and Holland (CD only) and France (7″ & 12″,promo only and CD

Released in USA only with picture sleeveTwo different promo releases as well – one with two versions, one with one.

Released in Europe only 12″ and CD5 in Europe with “Queen Talks” (12″ is etched, “Body Language” on the CD5)Box set CD5 released in UK with “Now I’m Here”, “Fat Bottomed Girls”, “Las Palabras De Amor”, discography and poster.Standard sleeve in all countriesRed vinyl release from Italy (limited to 2000) in special sleeve.

Promo release in USA only – one with two versions, one with one.

Queen Talks, The Show Must Go On, A Sample Of Magic (A Kind Of Magic, Under Pressure, Radio Gaga, I Want To Break Free, Breakthru, Friends Will Be Friends, Innuendo, One Vision)Promo CD5 released in UK.

1992 — Queen RocksFour CDs available individually or as a box set. Also available on cassette.1992 — Classic QueenThere was a Capitol version of this in 1989 which was promo only. The Hollywood one was a proper release.

Standard picture sleeve except different sleeve in Spain. French release is in cardboard sleeve whereas German/Dutch is in normal CD5 case. 7″ from France, 12″ from Italy.

UK promotional digipack CD with foldout artwork.1995 — Made In HeavenUK ivory coloured vinyl Limited edition of 50000 worldwide) and black vinyl as well. There are a variety of different packagings for the CD depending on country: some have a row of “Q”s embossed along the CD spine; some have the “Made In Heaven” postmark embossed onto the front of the CD case in either black or white. Some have both, some have neither. Japanese edition (?limited?) with 40 page booklet and outer cardboard sleeve.

There is an advance version of the album with a slightly different version of “Let Me Live” on it. I have got the promo cassette with blue paper sleeve ehich came with the Press kit .The song was remixed because of the “Take a piece of my soul” refrain which is also the title of a J. Joplin song.In the lirycs booklet (Press Kit) also appears written the first version of the song.Rumoured also some advance copies of the vinyl but nothing has been viewed.

Released in all countries except USAPart 1 CD5 has single and album versions of “Heaven For Everyone” and a non-album version of “It’s A Beautiful Day” in a case that takes 2 CDs.Part 2 CD5 has the single version of “Heaven For Everyone” plus digital remaster versions of “Keep Yourself Alive”, “Seven Seas Of Rhye” and “Killer Queen”Standard sleeve in all countries – part 1 CD5 has the “sunrise” shot and part 2 CD5 has the “sunset” shot.

Most countries local releases seem to be the same as the UK second CD with the three remastered old tracks and the sunset shot.The Dutch cardsleeve issue has as extra track “It’s A Beautiful Day” Released on 23 October 1995 . One track DJ promo CD. Japanese CD single has only two remastered tracks (“Keep Yourself Alive”, “Seven Seas Of Rhye”) for some reason.

No released vinyl though there is a 7″ jukebox promo issue (which comes with a promotional card and poster but just a plain white sleeve). The record label is etched into the vinyl rather than stuck onto it. Italy JB and Zimbawe JP whitel label promo.

Released in UK and some months later in Holland ,Italy and ?

Jukebox promo 7″ just features “Too Much Love” and “Champions”. The first pressing of the jukebox single was mispressed, but it is believed that all copies were recalled and destroyed.

12″ in Italy with sexy,dancing divas,instrumental dancing divas and b.s. project remixes .Click on the icon below to see PS (same of the german an dutch CDsingle) and label

Released in Japan as a one track CD 3″.(Click to see)

Released in USA. Some promo copies were mispressed with “Made In Heaven” instead of “Heaven For Everyone”.

Don’t Stop Me Now/ Let Me Live
3″ issued in Japan.

1997 — Queen Rocks“New Sort of greatest Hits with harder Queen tracks including new song “No One But you”. New version of ” I can’t live with you” and new mastering of “Tie your mother down”. UK edition in double vinyl.”
There is also a new mix of I Want It All (a mix between the single and album version) and there is a mix of I’m In Love With My Car (it begins like the single version but ends like the album version!). UK edition in double vinyl (2 different sleeves/also on CD and cassette).
Brazil and South-Africa have a different censored CD issue: the two girls are wearing clothes instead of nothing. Brazil has also a censored cassette release.

A unique Japanese 3CD promo set has been released to promote the album. It features “Greatest Hits”, “Greatest Hits II” and “Greatest Hits III”, the Japanese CD issues. All three CD’s are housed in a promo slipcase with “GH3” artwork on the front and a black sleeve on the back. The package also features a unique promo booklet in Japanese language with pictures (booklet has the size of a normal CD booklet).

Released in Holland only with “Princes Of The Universe”, “Was It All Worth It” and “Enhanced Section”. Released on 28 Feb. 2000 in a slim jewel case.
2000 — In VisionJapan only CD issue containing 11 tracks. Released in a slipcase with an obi.

Repackaging of existing albums or singles.

German flight case with all of the EMI original CDs plus a T-shirt and a badge. Limited edition of 1000.

Released in France on CD only (plus single track promo)

Wall mounted cabinet with 18 gold coloured picture CDs inside and two on the front, with glass door in front and booklet (showing album covers and credits) inside. Limited numbered edition of 15000 worldwide.

USA box set with Queen’s first 8 studio albums, re-packed into mini LP sleeves and remastered. It also includes a booklet with all the lyrics and pictures from the LP’s.

Queen’s first 8 studio albums re-packed into mini LP sleeves, remastered, containing a fold-out sheet with the lyrics in English and Japanese plus an obi. Each CD was sold seperatly

UK set (Volume I & II), limited and numbered, containing the 8 Japanese re-packed albums. Volume I contains “Queen”, “Queen II”, “Sheer Heart Attack” and “A Night At The Opera”. Volume II contains “A Day At The Races”, “News Of The World”, “Jazz” and “The Game”.

Another Queen greatest hits set, released on November 13 2000 in Europe only (and only available till 31 December 2000 according to Queen Productions). This 3CD set contains the albums “Greatest Hits”, “Greatest Hits II” and “Greatest Hits III” packed in a silver embossed slipcase (like the 1994 golden “GH1&2” set). All three CD’s are picture disc CD’s.

USA 7″ promo and 12″ promo without picture sleeve to promote video.

Five Live EP – Somebody To Love (Q+GM at tribute concert), These Are The Days Of Our Lives (Q+GM+LS at tribute concert), Killer/Papa Was A Rolling Stone (GM live), Calling You (GM live)USA and European release had “Dear Friends” (Q studio)7″, 2CD5s, 12″ (which doesn’t feature any Queen although it does have the crest on the die-cut sleeve). There are European 12″ releases that do feature Queen.All sorts of promotional items like boxes and promo CD5s.