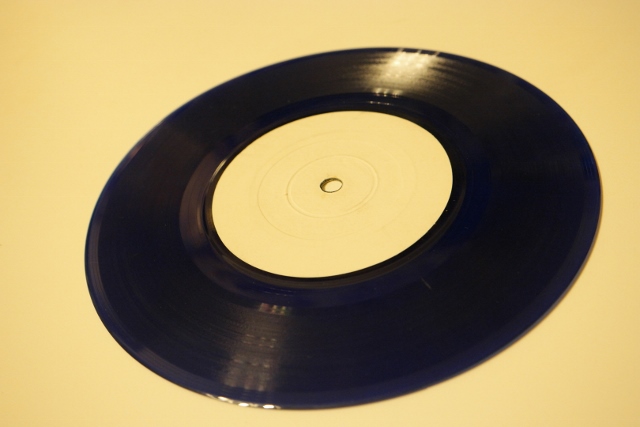 I must admit I was quite skeptical about the record I’m going to present here before holding it in my hands. It was on sale as a dark blue vinyl white label of Bohemian Rhapsody. 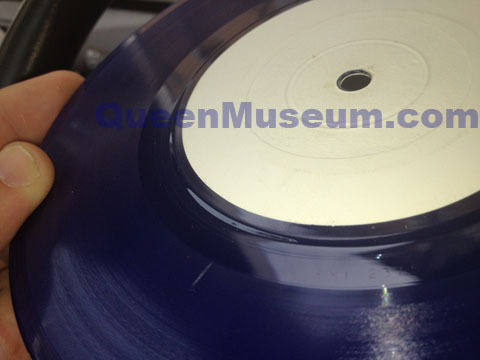 Being myself in possession of both a numbered blue borhap and also an un-numbered version I coud make all the deep analysis needed to check if it was a genuine item or not. Well it is!!! Probably used to to test the final color this un-altered vinyl ( I mean not discolored by bad conservation) is in a darker blue than the famous numbered Queen BoRhap. From the pictures you can see how the label structure matches with the the numb. version, coming with its circles grooved into vinyl. Weight is also the same. But as some may say it could also be a further bootleg vinyl?? No because last check and most important one is checking the matrix numbers which may tell if this record was pressed used the same mother stampers used for the legendary blue vinyl issue. And as the pictures can tell you this is what happened. the A side comes with “blair” written in the run-off groove, then a “1” printed at 90° and after some space the “EMI 2375 A – 3″. B side has EMI 2375 B – 1”. Fonts, Dimensions and positions matches exactly in both issues the numbered blue Bohemian rhapsody. This record was found together with the un-numbered issue in a bunch of 45’s in a car boot sale but I wonder if there are others around. Being unlabelled it could be easy that if other copies survived and not destroyed as it should have been owners don’t know what they have in their hands unless they play them. 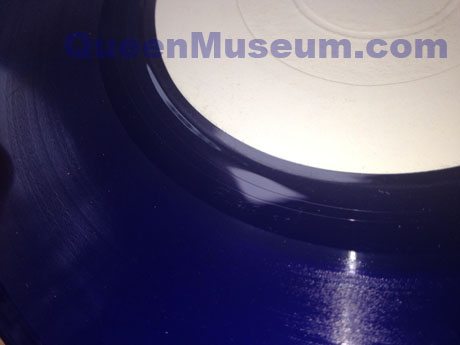 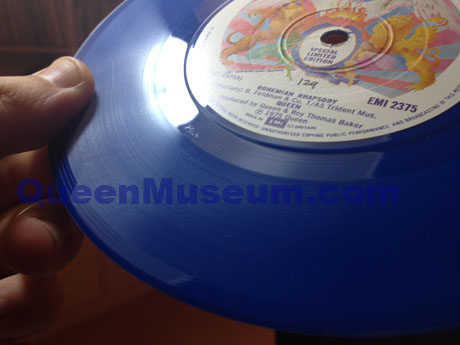 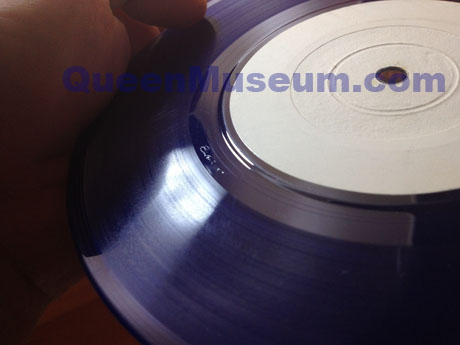 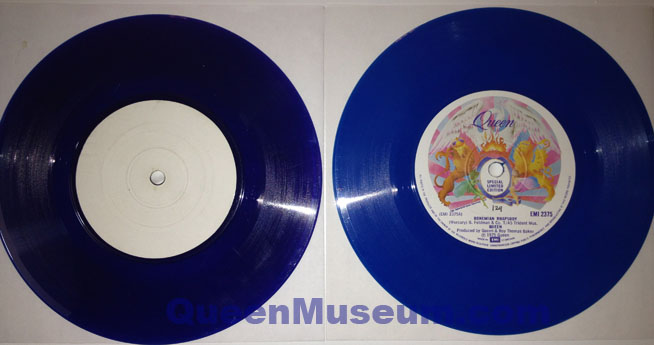