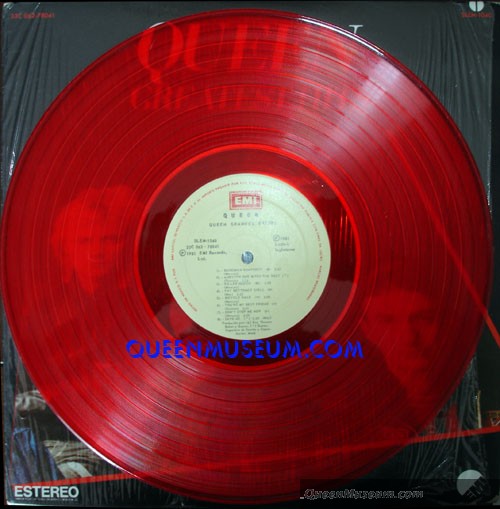 The Queen record hunting in Central/South America has given another fruit. Yes, we still have to update our Top rare Queen records list. Now for this incredible edition of the Greatest Hits LP made in red translucent vinyl in Mexico in 1981. 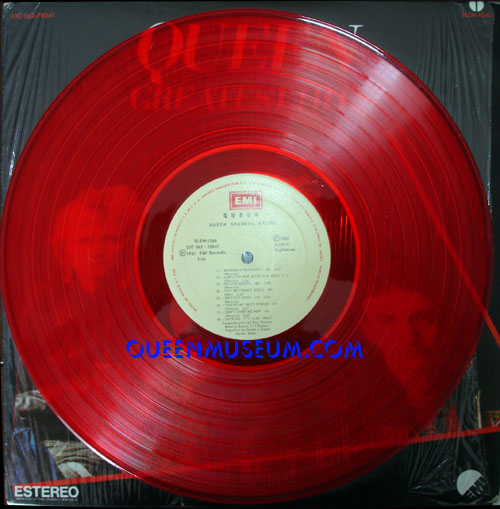 As you can see from the date of printing (dec 28th 1981) this should be one of the very first pressing in Mexico. GH was released in UK in November 1981. I have  other issues of the mexican Greatest Hits in black vinyl and they reports different date, one is from 1983 and the second is from 1984.

I think that this was a best selling LP in those times. But the other matrix numbers matches exactly the ones from the red vinyl issue. I’d like to get a copy in black vinyl with same date of that. According to the seller this item was from a former EMI rep in Mexico.
It may be one of the “complimentary” test pressings that were made inside the pressing plant to make special presents or just to own unique items . It’s impossible to know how many copies were pressed but for sure it’s one of the rarest Queen colored vinyls.