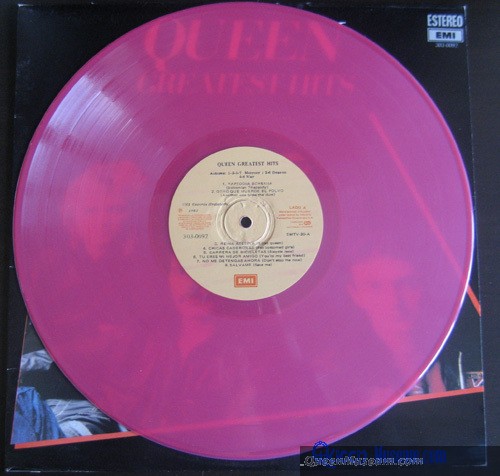 Queen Rare Records
26 May 201320 December 2016 Ferdy 1 Comment Brian May, colored records, colored vinyls, Ecuador, EMI Records UK, Freddie Mercury, John Deacon, Queen rare records, Rare, Record Plates, Test Pressing, Top rarity
It’s always a great pleasure for collectors when a new record appears on the market. Since less ealry years of this century nobody  knew about  that a rare edition in red vinyl of The Game album was pressed in limited quantites by EMI in Ecuador. Thanks to internet connections and especially through auction sites a certain number of collectors from central/south america did showd up and start to sell obscure pressings from that country. This red vinyl issue is one of that. 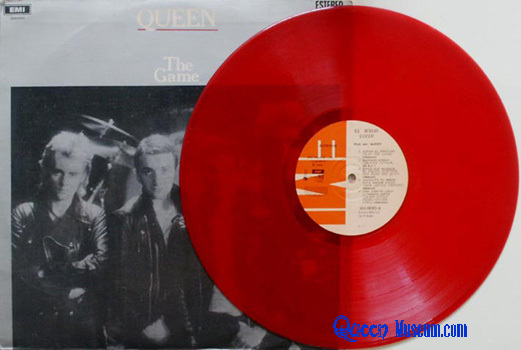 The Game
red vinyl Ecuador EMI
EMI 303 00383
As this record is more than 25 years old some people had some doubt about its authenticity. But collector who wants to buy have to be quite confident because it is genuine record. Let’s see why.
As various pressing from Ecuador the label seems to have some engraved circles as you can see from the next picture: 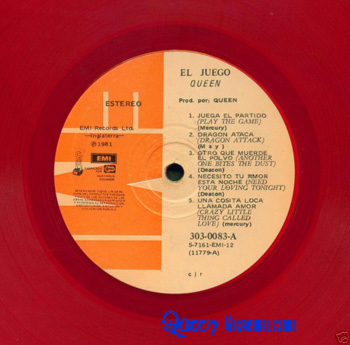 So it was surely pressed in Ecuador with typical pressing plants (Fidesa) which seems to have characterized all the vinyl LP pressings from that country.

Another important factor which turned to be very important to identify thi pressing is analyze its DNA, which is the matrix numbers written in the dead wax, or run-out groove to be more precise.(dead wax side A: 7161-EMI-12-S-1 ; dead wax side B: 7162-EMI-12-S%)
Well, comparing the numbers, letter, the way they are written, it turned up that the red vinyl issue has got the same style and exact match numbers of the more common black vinyl issue from Ecuador, both commercial and promo version (see photo below). I did same comparision also between the blu vinyl issue  and the black vinyl from Colombia of A kind of Magic LP and they show that they were pressed by the same matrix. 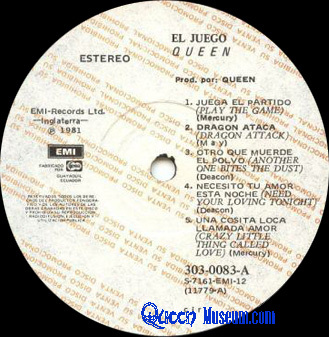 Another great discovery in 2008. a Pink/red vinyl of Greatest Hits issued in Ecuador. Stunning item and surely to be put in the top ten of the Queen rarities. 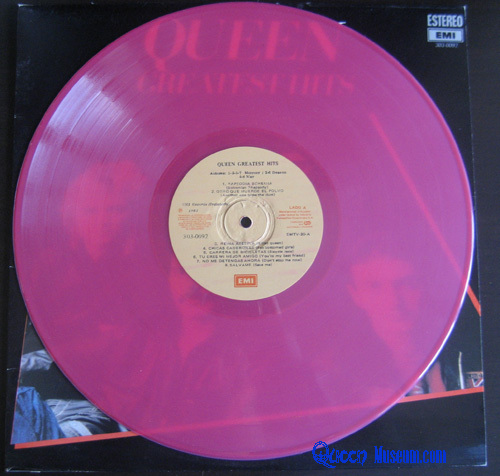 One thought on “Queen Rare Colored Vinyls from Ecuador”