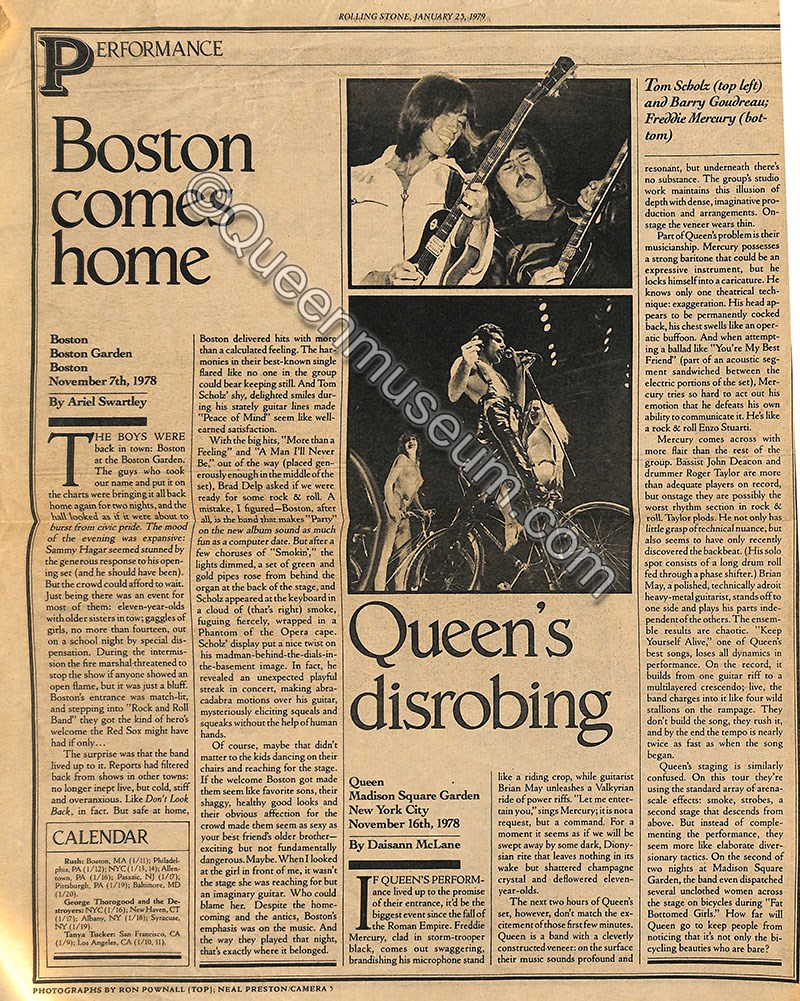 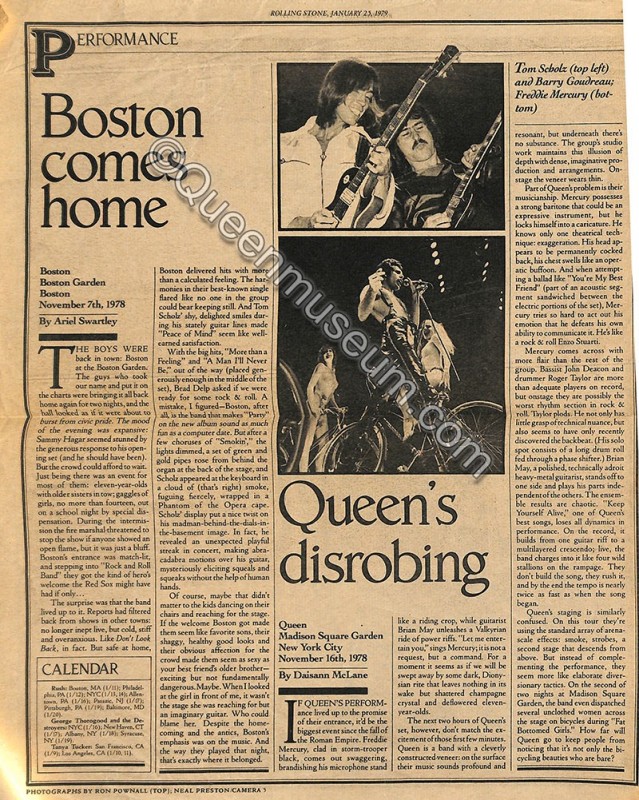 If QUEEN’s Performance lived up to the promise of their entrance, it’d be the biggesr event since the fall of the Roman Empire. Freddie Mercury, clad in storm-trooper black, comes out swaggering, brandishing bis microphone stand like a riding crop, while guitarist Brian May unleashes a Valkyrian ride of power riffs. “Let me enter­ tain you;’sings Mercury; itis-nota request, b.ut a command. For a moment it seems as if we will be swept away by some dark, Diony­ sian rite that leaves nothing in its wake but shattered champagne crystal and deflowered eleven­ year-olds.

The next two hours of Queen’s set, however, don’t match the ex­citement of those first few minutes. Queen is a band with a cleverly construcred,veneer: on the surface their music sounds profound and resonant, but underneath there’s no substance. The group’s studio work maintains this illusion of depth with dense, imaginative pro­duction and arrangements. On­ stage the veneer wears thin.

Part of Queen’s problem is their musicianship. Mercury possesses a strong baritone that could be an expressive   instrument,   but   he locks himself into a caricature. He knows only one theatrical tech­nique: exaggeration. His head ap­pears to be permanently cocked back, his chest swells like an oper­atic buffoon. And when attempt­ ing a ballad like “You’re My Best Friend” (part of an acoustic seg­ ment sandwiched between the electric portions of the set), Mer­ cury tries so hard to act out his emotion that he defeats bis own ability to communicate it. He’s like a rock & roll Enzo Stuarti.

Mercury  comes  across  with more  flair than  the  rest  of  the group. Bassist John  Deàcon  and drummer Roger Taylor are more than adequate players on record, but onstage they are possibly the worst  rhythm  section in rock & rolt Taylor plods. He nor only has • littlegraspoftechnicalnuance,  but also seems to bave only recently cliscoverecl the baçkbeat. (Bis solo spot consists of a lorig drum roll fed through a phase shift:er.) Brian May, apolished , technically aclr:oit heavy-metal guitarist,stands off to one side and plays his parts inde­ pendentof the others. The ensem­ble results are chaotic. “Keep Yourself Alive:’ one of Queen’s best songs, loses ali dynamics in performance. On the record, it builcls from one guitar riff to a multilayered crescendo; live, the band charges into it li°ke four wilcl stallions on the rampage. They don’t build the song, they rush it, and by the end the tempo is nearly twice as fast as when the song began.

Queen’s  staging  is  similarly confused. On this tour they’re using the standard array of arena­ scale effects: smoke, strobes,  a second stage that clescends from above. But instead of comple­ menting the performance, they seem more like elaborate cliver­ sionary tactics. On the second of two nights at Madison Square Garden, the band even dispatched severa! undothed’ women across the stage on bicycles during “Far Bottomed Girls.” How far will Queen go to keep people from noticing that it’s not only the bi­cyling beauties who are bare?