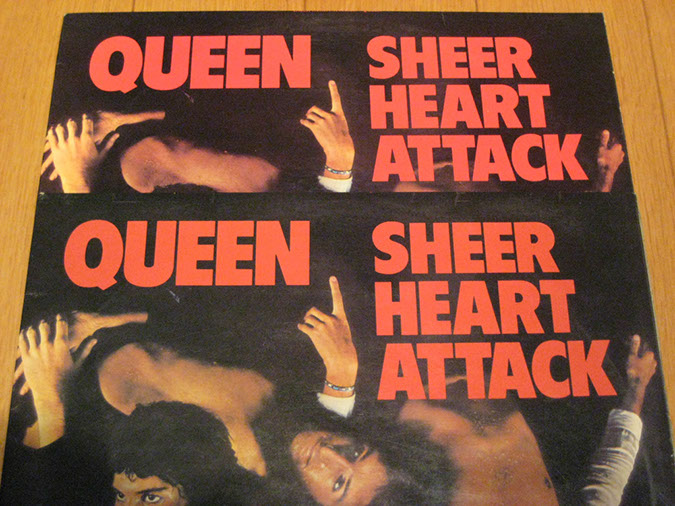 click on the link below and enjoy. Of course, all new contributions or missing infos are very appreciated. So don’t hesitate to make your comments.

The third Queen album was released in UK on November 8th 1974, with the famous cover showing a Mick Rock photo. We will analyze how to tell  first issue from further releases. This means that slightly difference in the cover, Inner sleeve are present. Also to recognize a first issue you always have to check matrix numbers. So please if you already haven’t done yet please read the following article about UK matrix numbers.

A rare Uk white label test pressing copy have surfaced.This has matrix numbers ending, both A side and B side, with 1U and of course 1 G as Mother- Stamper.

But the first reported commercial issue has matrix numbers as follows: A side Yax 4881 3U, B side Yax 4882 3U.

Most common versions on the market have 4u/4U matrix and I suppose these being for 1975.

other matrix reported are:

There are some differences you can find in the lyrics inner sleeve also.

The first inner sleeve, found on the 3u/3u and 4u/3u has three of the four corner cut as shown in the photo below (please note the G&L printed under the Crest Logo). 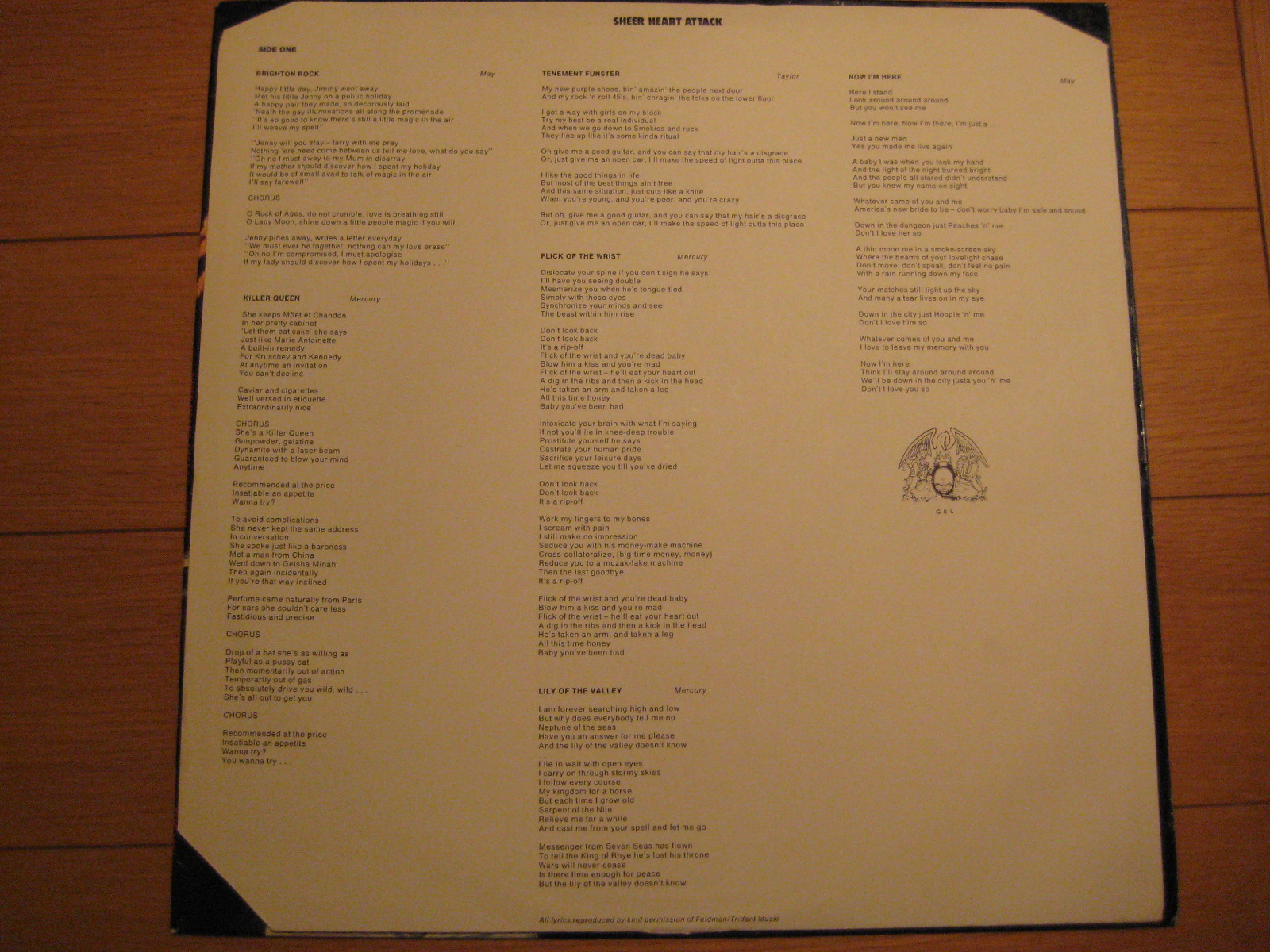 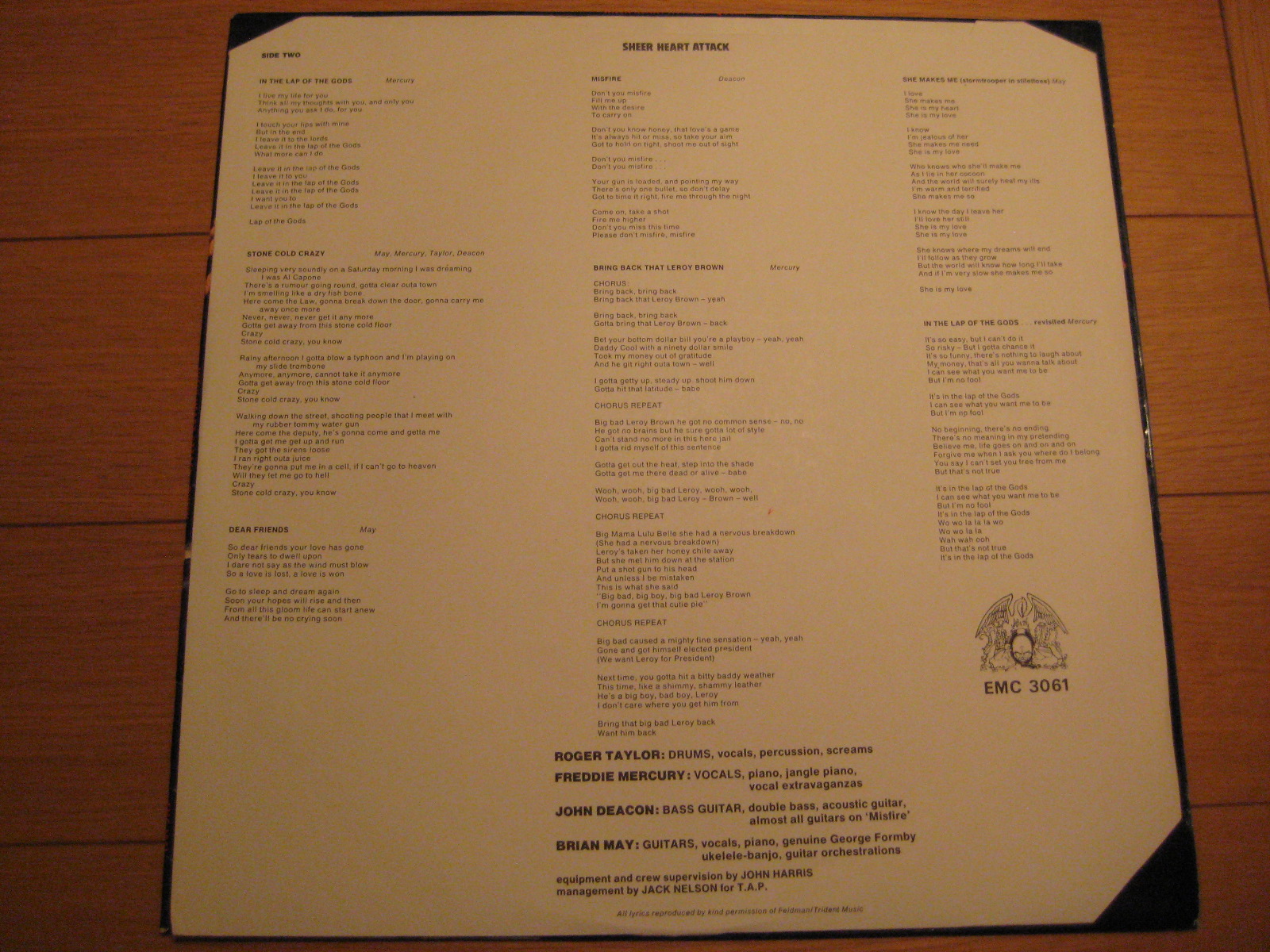 The back side of the inner reports the “EMC 3061” catalogue number.

The 2nd version of the inner, widely found in the 4u/4u copies has the following aspect, rounded corner and different print under the crest logo “Crest Design C Queen production ltd 1975”

Another obscure difference can be found on the early pressing on the glossy laminated sleeve. If you look on the back right corner in most copies you’ll find the trident logo, but some copies haven’t got it!! 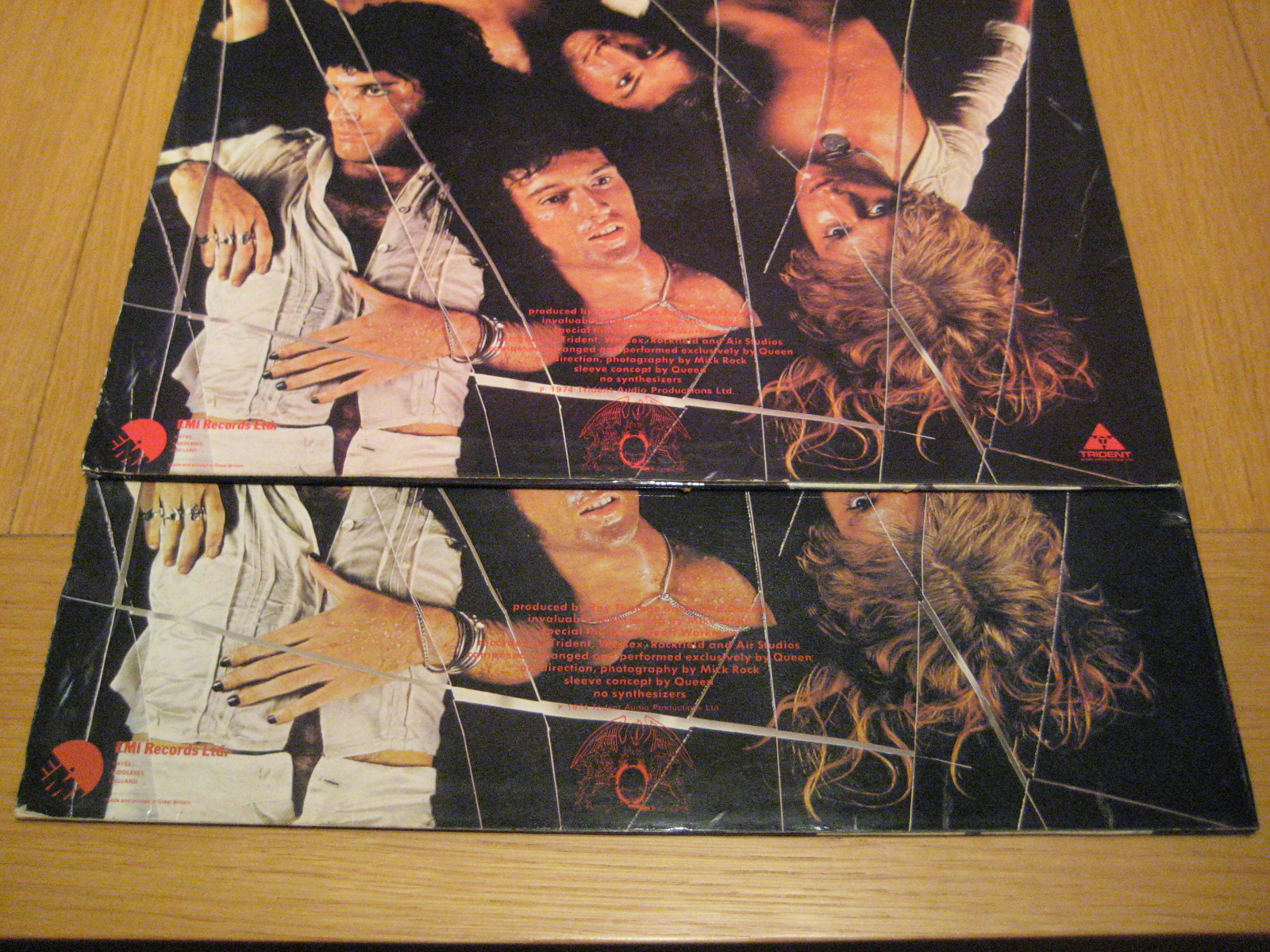 There’s also, as you can see fro the photos a different tone of red colour  which differs on the two issues. The one with Trident Logo seems to be more vivid, going almost to orange. Check the two sleeves also compared on the front.

and another detail of the cover: 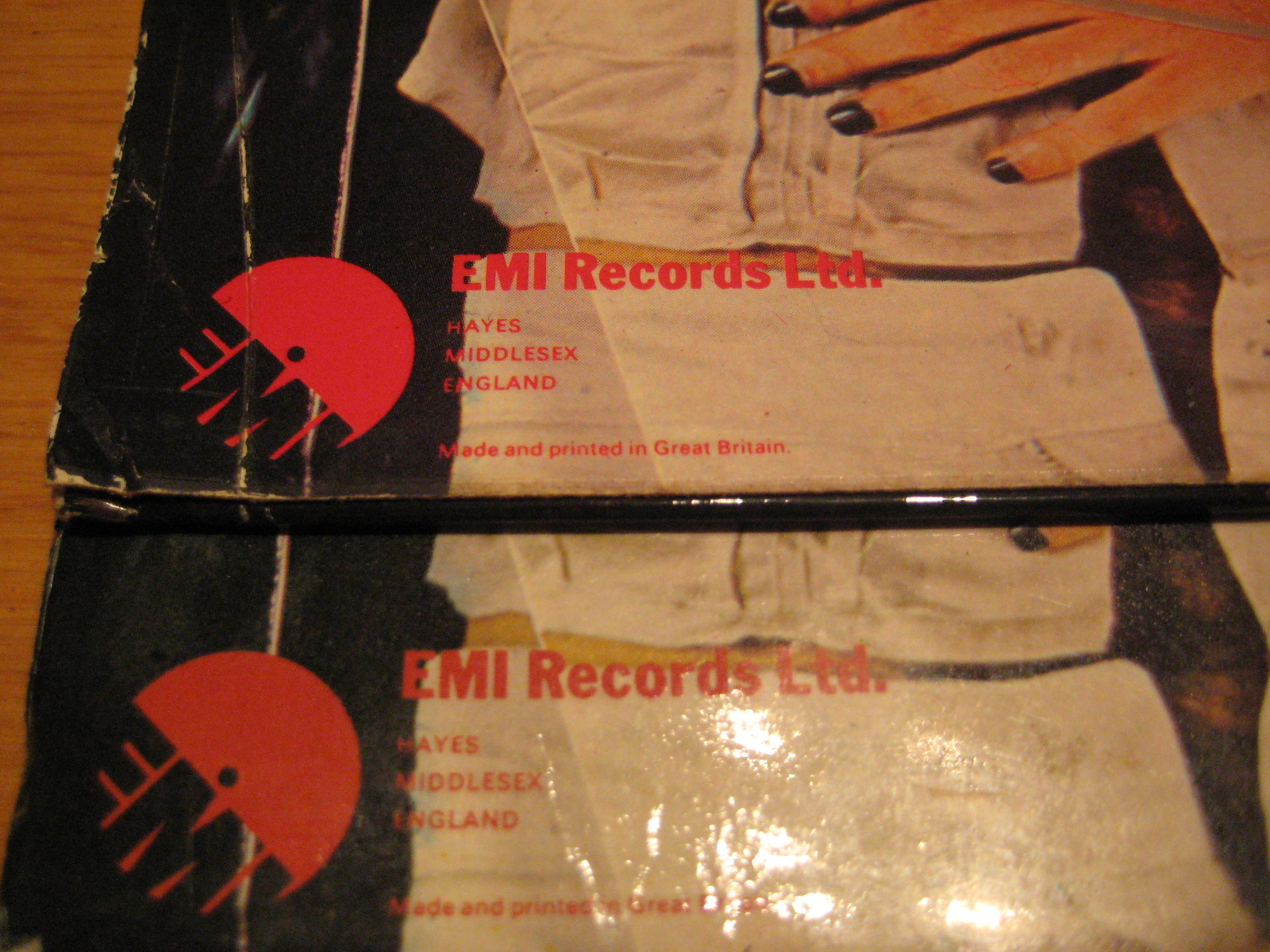 Another version of the Inner has been found on a 3u/4u version of a No trident Logo cover (thanks to Brian Asworth for pictures). Some sliglty differences in the postion of the Crest and also the lower cut corner is missing. Here are the pictures: 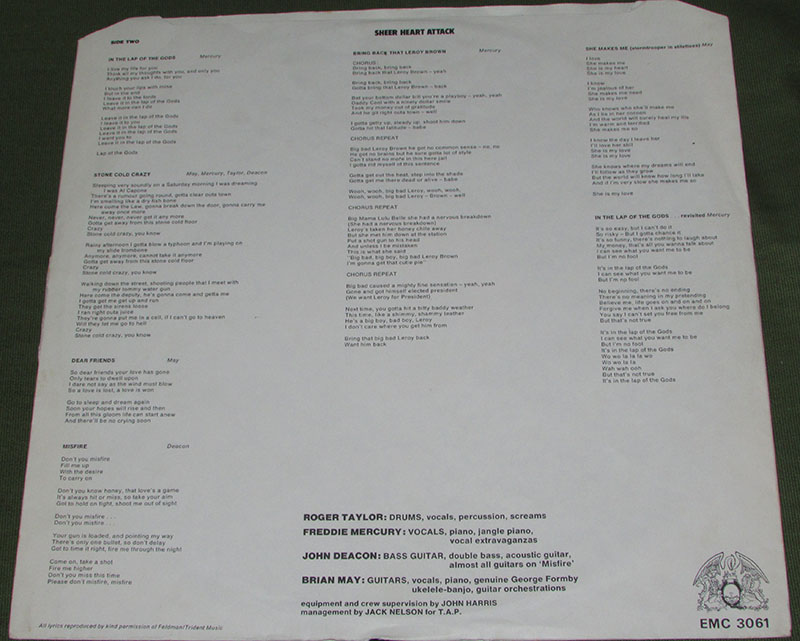 That’s all for now. Of course, any addition, correction or further information is greatly appreciated so feel free to contact us if you have new details to add to this post.

Don’t forget to check the Sheer Heart Attack gallery with issues from all over the world… you’ll find a lot of differences… Did you know that italian LP issue ha no mirror crackles on the bacl photo? And in Argentina and Urugualy the title on front sleeve was translated in “certero ataque al corazon”; some countries as France and Venezuela issued a gatefold sleeve instead of the single one issued in UK.