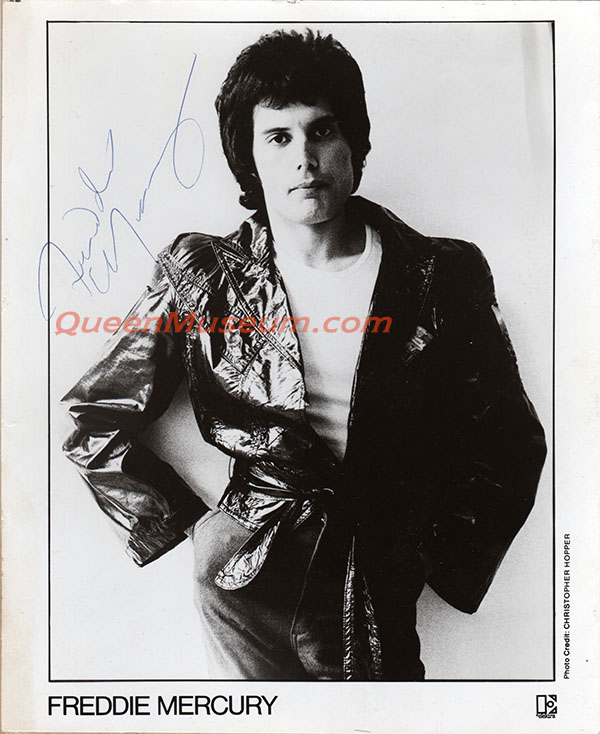 In 2009 a collection from two twin sisters, fans and and self-proclamed groupies during the end of 70’s/early 80’s in USA was sold on ebay.

Auction lots were not very well described but believe me a lot of interesting stuff was in. They met the band many times, backstage, hotel etc… a lot of unique photos, signed passes, tickets. Here’s one of my fav promo picture of Freddie from the News of the World session, acquired on one of these lots.